I am always captivated by passages in the Torah that list laws, because they give us some insight into what our ancestors valued. Today’s parashah was especially rich with such laws, and among them some of my favorites:

Wait a minute – back up.  I’m sorry about those last two.

And, in some sense, so is Rabbinic Judaism.  Yes, those are in the Torah, but we have never actually stoned anybody to death (thank God!). In fact, the rabbis of the Talmud went to great lengths to show that the applicability of these laws is so limited that they could never actually be carried out.

Fortunately, we do not practice the religion of the ancient Israelites. Judaism is not the literal application of the laws as written in the Torah.  Rather, Jewish law has been codified by our sages who interpreted the Torah in subsequent centuries.  In other words we practice rabbinic Judaism, which is much more reasonable.

Given the issues surrounding some of the laws described in the Torah, there is a debate in rabbinic literature that continues to this day: Do the mitzvot have some internal value, or moral worth, or are they simply commandments that we must follow without searching for any higher message?

Maimonides (1135 – 1204 Spain -> Egypt) sees reason behind each commandment. For example, he believes that the mitzvah of shilluah haqen, shooing away the mother bird in order to take the chicks teaches us compassion for all of God’s creatures. 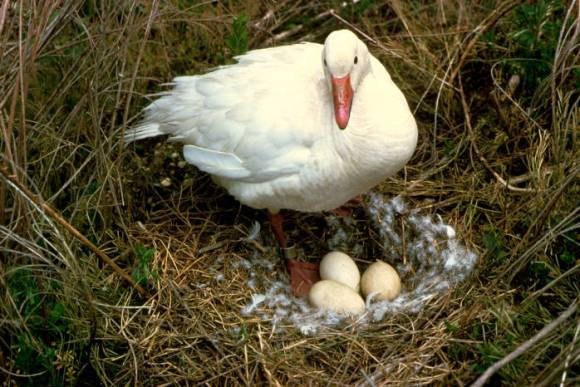 “Since therefore the desire of procuring good food necessitates the killing of animals, the Law enjoins that this should be done as painlessly as possible…  [the suffering of animals] does not differ from that of man, since the love and tenderness of the mother for her young ones is not produced by reasoning but by imagination, and this faculty exists not only in man but in most living beings…  If the Law provides that such grief should not be caused to cattle and birds, how much more careful must we be that we should not cause grief to our fellow people!”

The mother hen and her chicks, says Rambam, are representative; the mitzvah applies equally to humans, if not literally, then figuratively.

But not everybody agrees with Rambam.

Ramban – Nachmanides (1194 -1270 Spain -> Israel) states clearly and unapologetically  that “The ruling on the mother bird is not based on the Almighty’s pity for the animal.”  To Ramban, this is merely one more decree, albeit one that does teach us to avoid cruelty.  No further conclusions may be drawn.

Elsewhere, Rashi (1040-1105 France) states in a commentary on a different passage that the reason one should not steal (e.g.) is not because it is “wrong” to steal; rather, because God commanded us not to steal.

There are modern commentators that come down on either side of this equation. But I must say that this rabbi is with Rambam. Our inner motivations in following Jewish law should be in line with our behavior. We do not merely fulfill mitzvot like so many sheep, but rather use them as a tool to bring greater holiness into our lives. Our goal in taking these holy opportunities is to extrapolate these commandments for the greater good.

It is therefore not enough merely to shoo the mother bird away before taking the chicks, but also a lesson about minimizing suffering for all of God’s creatures, no matter their size or significance, and even as we use some of them wisely to produce our food. And that message is as much reinforced by the mitzvot surrounding kashrut, holy eating, as it is by the obligation to return not only your neighbor’s donkey, but your enemy’s donkey as well.

This is a time to reset the dials of our lives, or, to use more contemporary language, it’s time for a full system restore.

We tend to think of the High Holidays as being associated with the Book of Life (Besefer hayyim… nizakher venikatev… lehayyim tovim ulshalom), the extended metaphor of God’s weighing our souls. But I would like to offer a different perspective.

Perhaps we can dedicate this time not just to wiping the slate clean regarding our actions, but also our relationship with Judaism. Not merely a behavioral renewal, but rather a theological and ideological renewal

I’ll tell you what I mean:

In some ways, it is easier just to perform the rituals of Jewish life without thinking about them.

I remember so clearly the day back at the Jewish Theological Seminary, in a class on practical theology, and hearing education professor Dr. Steve Brown telling a roomful of future rabbis, cantors, and  educators-to-be that the language of hiyyuv, of obligation, does not speak to people today, so there is no point in trying to use it.  I recall feeling let down – like, what kind of Jewish world is this where nobody sees themselves as being obligated to anything?

I have since learned to take a more nuanced view. For many of us, our relationship with Judaism is based more on sociological motivations – history, cultural connections, the need for moral guidance in complicated times, the desire to “resonate” with our ancestors, and so forth, than it is with the traditional perspective of fulfilling obligations.

The challenge, however, will be to maintain our connection in the future, when that particular set of sociological conditions goes away. And that’s why we need to re-examine our relationship with our textual tradition now.

We relate easily to the narrative portions of the Torah, the stories of our ancestors (and their dysfunctional family) as our national myths, our history; we can learn from them; we can sometimes strive to interact with them (What would Moshe do? What’s troubling Rashi? etc.).

And it is particularly difficult to relate to the vast swathes of the Torah that are about irrelevant things, like the sacrificial cult in the Temple, which has not been active for nearly two millennia, and will likely never be re-established.

Somewhere in the middle, though, between narrative and sacrifices, are the lists of laws.  Here in the depths of Devarim, we find lots of them.  Some we like.  Some make us uncomfortable.  Thank God for the lens of rabbinic literature for helping us to understand that we do not ACTUALLY have to put anybody to death.  (Aside from the difficult moral quandaries that this would place us in, it would also not be so good for synagogue membership.)

And the essence of our relationship with the Torah and Judaism is building those personal connections with the text; wrestling with it; agreeing and disagreeing with it, and so forth.

As the High Holidays approach, now is the time to consider how we might renew our covenant, and particularly here at Congregation Beth Shalom.

Judaism is as much about thinking and learning as it is about doing (i.e. prayer, saying qaddish, mitzvot, etc.). Ours is an intellectual tradition. In this season of return, perhaps we can consider returning to the foundational principles of the synagogue: that it should be not only a beit tefillah, a house of prayer, but also a beit midrash, a house of study. Let’s rededicate ourselves to learning about and redefining our relationships to Judaism through learning, discussing, and passing our textual heritage from generation to generation.

Along those lines, there are two things I want you to know about:

I’ll speak more about this concept on Yom Kippur itself, but I wanted to give you all a taste while we were on the subject of renewal.

Meanwhile, use these holidays to reconsider your commitment to our intellectual heritage.

4 replies on “Renewing Our Relationship With Judaism -Ki Tetse 5776”

Do we really have to wait for a shul commitee to meet in order for a rabbi to teach Torah?

Not sure what you mean, Jonathan, but if you have specific concerns, you can contact me at rav@bethshalompgh.org. No committees need be consulted!

In shul in your speech you said the committee has to meet before you could formally announce this grand learning program. I think some wonder why cant more regularly scheduled learning be done already. If you were to say for example, I am teaching Parsha Hashuva Monday, Gemara Tuesday, Basic Judaism Wednesday, etc. Everyone is welcome. Who would object?

We have plenty of learning offerings already – please check our synagogue website (http://bethshalompgh.org) for these opportunities.

What I mentioned this past Shabbat in the derashah was not about our ongoing offerings, but rather a new concept of the Open Community Beit Midrash, which we intend to fund through an endowment and will bring scholars, programming, and other new Jewish entry points to Pittsburgh. There is a lot of excitement in other Jewish locations about non-traditional batei midrash, and I hope to create something along those lines here. We are still shaping the concept and timeline.

I’d be happy to speak with you further about it, Jonathan. Please call my office and we’ll set up an appointment. Looking forward to seeing you again soon!