A rabbi, a priest, an imam, and a Buddhist monk get into a pickup truck and drive to the football stadium to see the Big Game. The rabbi is driving. When they get there, they change from their “work” clothes into the colors of their favorite team, and join a couple of nuns already in the stands, who chide them for being late. The rabbi gestures to the others as if to blame them. Then their team scores! They all jump up and down and hoot and holler.

Some of you may know that this was actually an advertisement for a large Japanese auto manufacturer that ran during the Super Bowl two weeks ago. At the end, before flashing the company’s logo, the slogan, “We’re all one team” appears on-screen.

The ad had two major flaws: one was that, with the exception of the nuns that seem to have been thrown in at the last minute, all of the clergy were male. But even bigger than that, what rabbi drives a pickup truck?!

We’re all one team.

Except when we are not.

Rabbi Brad Hirschfield of CLAL, who spoke in Pittsburgh nine days ago to a room full of rabbis, priests, and ministers, invoked this ad and reminded us that, well, actually, we are not all one team.

It is fascinating to me that, in this time of great political, racial, and sometimes religious division in our nation, the Madison Avenue ad execs are trying to convince us that we are all one team. Because, at least with respect to the choices that we are making through the democratic process, we are not.

Consider another Super Bowl ad, ironically, for another automotive company that was heavily criticized for misappropriating the words of Dr. Martin Luther King. The people who made that ad were most likely trying to tap into a similar desire of the rabbi-priest-imam-monk ad, that is, our desire to find a rallying point, a connection across racial, ethnic, religious, and political divides in this very fractious moment. And that ad seems to have failed miserably.

The message that Rabbi Hirschfield left us with was, try to consider the other. Try to be a fan, and not a fanatic. We who stand for the rule of law, a shared vision for the betterment of society, and a moderate approach to religion in its integration with contemporary life are all playing the same game, even if we aren’t exactly on the same team; we all agree on the rules.

A little back-story here: I was going to take this sermon in a different direction. I had actually written the rest of this sermon on Tuesday, and it was about what Judaism offers, and why we should be playing on this team.

But then, on Wednesday, a troubled young man with an AR-15 semi-automatic assault rifle walked into a high school in Parkland, Florida, and began shooting.

We have all witnessed quite a bit of palpable anger, frustration, and grief in these last couple of days. The crying out: how could this have happened once again, and so soon? The throwing up of hands in the air in frustration: will nothing change? The traded accusations, the pointed fingers.

On my social media feed, the ire was directed at politicians, who offered their cliched “thoughts and prayers.” And rightly so. Cynically-offered thoughts and prayers, in place of actual promises of legislative solutions, are useless, and have clearly not brought about any change.

But prayer, if we are acting on it correctly, can in fact help. Our team, the team that actually offers real prayer as a kehillah kedoshah, a holy community, can bring about change. Let me explain how.

For thousands of years, Jews have gathered in synagogues large and small to act on the holy opportunities of prayer: chanting the words of our liturgy, hearing the Torah read, learning together, and so forth. Christians, Muslims, Hindus, Buddhists, and other religious groups also gather in their houses of worship for similar services. The content, style, language, features, and of course theology of all these services vary tremendously. But what do they have in common? They bring people together for holy purposes, for the purpose of finding (to use the Hebrew term) kedushah / of seeking holiness.

And when people gather in prayer, they have the potential to change the world. 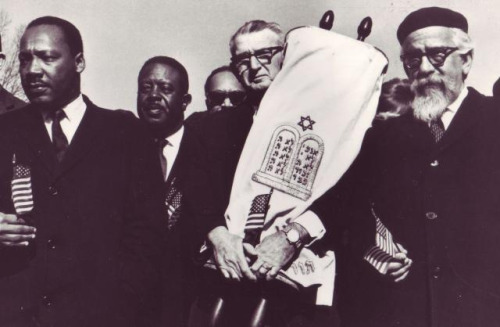 The Jewish prayer experience is not meant to be passive. It’s not supposed to be about mumbling ancient words in a language we do not understand. It’s REALLY not supposed to be about waiting for the person up in front to mumble through a page of obscure Hebrew. Rather, it is about having an active mind, of being aware of yourself and your world, of opening up our hearts and minds to the reality of today. It’s about understanding the possibilities of a world that could be, a blueprint for a time without fear and hatred, violence and oppression.

Tefillah / prayer is about resonating with our ancient words. It is a subset of Talmud Torah, the holy opportunity to learn and discuss the words of our tradition. The Talmud asks (Kiddushin 40b):

Rabbi Tarfon and the Elders were reclining in the loft of the house of Nitza in Lod, when this question was asked of them:

Is study greater or is action greater?

Everyone answered and said: Study is greater, as study leads to action.

Tefillah, when performed with the proper intention as a form of study, leads to action. And particularly in a house of worship such as this; it turns the potential of people gathered for a holy task into action. It raises us up in kedushah / holiness so that we can go out together and make this world a better place.

And there are concrete examples of the way prayer has changed the world. Consider some of of our team’s greatest victories. Consider the American civil rights movement, led by Dr. Martin Luther King, Jr. and other clergy. Consider the movement led by Mahatma Mohandas K. Gandhi to free India from British rule. Consider Zionism, led by both secular and religious personalities who drew on the ancient yearning of the Jewish soul to return to Israel. We are living in a time in which gathering for prayer is still effective in bringing about major change.

Prayer / tefillah reminds us of the words of Deuteronomy (30:12),

It is not in the heavens, that you should say, “Who among us can go up to the heavens and get it for us and impart it to us, that we may observe it?”

It is not in the heavens. We write our prayers, we fill them with our emotions and ideas, and we are God’s hands. We are in charge of our destinies here on Earth.

We can change our world. We are not powerless.

Here is where we really ARE on the same team: we, the fans, not the fanatics, we do not want our children to walk into schools in fear. We cannot allow music lovers, or church goers, or people dancing in gay nightclubs to feel that they are not safe. We cannot justify the complacency of politicians in gerrymandered districts who have to answer to nobody but the powerful lobbies who give them money for their next campaign.

And here’s what our team can do: We can change the world. That’s what churches and synagogues and mosques and mandirs and all other houses of faith are for: to bring people together for a holy purpose. And what purpose could be more holy than saving lives?

One of the essential messages of the Purim story, if you look beyond the costumes and the graggers and the drinking and partying, is that Esther saved the Jews of Persia because she spoke up. She was not silent in the face of impending murder.

Now is not the time to be silent. Now IS the time for prayer. And to turn the potential from the prayers of everybody who is on our team, the prayerful team, into action.