The Value of Life and the Jewish Triangle – Bemidbar 5776

I was struck by a curious item in the news two weeks ago: the gorilla that was shot and killed at the Cincinnati Zoo. (In case you didn’t hear: a 3-year-old boy fell into the moat surrounding the gorilla pen; the silverback, a 17-year-old, 420-pound western lowlands gorilla named Harambe, while not attacking the boy, did drag him around the pen, injuring the boy seriously.)

There were vigils, criticism by various groups, defense of the killing by the zoo spokespeople, and plenty of news articles and opinion pieces for and against. Social media exploded.

I am not in a position to judge whether killing the gorilla was justified or not. The zoo’s “dangerous animal response team” made a quick decision, and they opted for shooting to kill over using a tranquilizer dart, to ensure that the child would survive.

Harambe’s cousins in Africa are critically endangered, and zoos like the one in Cincinnati have attempted to remediate this situation by breeding gorillas in captivity. It is certainly unfortunate that Harambe had to die because of this boy. There is no question that this was a hard decision for the zoo, and that their choice would be scrutinized and criticized. We will never know what would have happened had they gone with the tranquilizer dart, or some other solution. 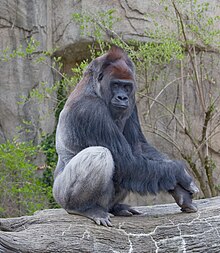 But what actually struck me about this story was its context in the news. Around the same time there was a shooting with multiple fatalities in a neighborhood in Houston where I used to live. It has also emerged in recent weeks that the homicide rates in both Chicago and Toronto are up by over 50% this year over last. And of course there is the ongoing terror activity in Israel, which claimed four more lives in Tel Aviv this week.

And those stories are dwarfed by the largest humanitarian catastrophe of the last few years – that is, the Syrian civil war. Estimates vary, but perhaps 400,000 people have been killed in Syria in the last five years. And we all know about the refugee crisis here and abroad, driven largely by displaced Syrians.

What emerges when you juxtapose the flap surrounding the gorilla with those other stories is this curious situation where people – actual people – are being killed and driven from their homes, and yet the reaction to Harambe’s death somehow floated to the top of the news, at least on Internet portals.

It is fascinating to me that have become so inured to daily killing and human suffering in our own contexts, outside of the tightly-controlled environment of the metropolitan zoo, in the wild streets of Chicago or Baltimore or even suburban St. Louis, that we seem to have lost a sense for the value of human life.

Of course, it’s hard to wrap our brains around the killing of many; it’s much easier to be outraged by the murder of a single, rare primate in a single, tragic situation.

But it’s worth noting that our tradition teaches us about both.

All lives – the lives of all creatures – are endowed with a spark of the Divine.

We learn from the Torah in multiple places, and it is expanded upon in the Talmud, that we are forbidden from causing animals unnecessary suffering. This principle is known as, “tza’ar ba’alei hayyim,” (and I learned this week that the SPCA in Israel is called, Agudat tza’ar ba’alei hayyim – the association of [fulfilling the mitzvah of preventing] cruelty to animals).

But qal vahomer / all the more so, human life too is sacred, and one of our duties here on Earth is to alleviate human suffering wherever we can. Lo ta’amod al dam re’ekha, says the Torah (Lev. 19:16). Do not stand idly by the blood of your fellow person. We have fundamental obligations to the people around us. And if Syria is too far away, we might consider just the people in our immediate environs.

Where, ladies and gentlemen, is the outcry? Where are the vigils for the victims of authoritarian regimes around the world? Where are the politicians calling for change on America’s streets? Where are the nations who are jumping over each other to take in those who have fled the Syrian chaos? Chancellor Angela Merkel of Germany was the only head of state of the G-7 nations to attend the UN’s World Humanitarian Summit at the end of May, something which UN Secretary General Ban Ki-Moon went out of his way to point out.

And where, indeed, are the Jews, marching to help ensure that everybody gets a fair break in life, a decent education, neighborhoods free of the scourges of crime and drugs and guns?

We celebrate today with two young women who have stepped forward into direct relationship with the Torah and its framework of holiness. And not only that, but we continue our celebration of that framework tonight as we usher in the festival of Shavuot.

We call benei mitzvah to the Torah in the synagogue, surrounded not only by family and friends because we are making a public statement: this child is now one of us; she has inherited the mantle of Torah, the set of holy opportunities to fulfill our mitzvot. It is, by definition, a public display of the stepping up of this child.

The most fundamental statement of bar/bat mitzvah is communal; it is that this child is now one essential vertex in the triangle of individual, community, and Torah.

A sizeable chunk of that triangle is dedicated to the acknowledgement that this is an imperfect world, one which routinely tramples idealism and continues to thwart dreams, but that we have an obligation, as individuals and communities in sacred relationship with Torah, to right wrongs, to uplift the oppressed and give a hand to the needy. Lo alekha hammelakha ligmor, velo attah ben horin lehibbatel mimmena. It is not up to you to finish the task, neither may you give up on it (Pirqei Avot 2:21). That holy work is never done.

One neat trick of the Jewish calendar is that Parashat Bemidbar is always read adjacent to Shavuot, a reminder that the Torah was given and received in the desert. It was not given in Jerusalem, or even in Israel! The message is that the Torah does not belong to a particular place or even (!) a particular people. The Torah, and the holy opportunities it gives us, are for everybody.

As we prepare ourselves to celebrate Torah tonight on Shavuot, we should remember that our opportunities for holiness extend far beyond our interconnected Jewish circle here in Squirrel Hill, and much further beyond the Jewish world. The triangle that unites us with Torah demands that we seek justice for all of God’s creatures, as we said on Shabbat morning in the Prayer for Our Country, “lemiqtanam ve’ad gedolam,” from the least of them to the greatest (Jer. 31:33).