A powerful public figure – a politician, a comedian, a big-shot producer, a judge – attracts our attention. Somebody, or perhaps several somebodies, usually people of whom we have never heard, publicly accuse this person of horrible things. These are deplorable, unimaginable things – actions that we really don’t want to picture the people who lead us doing. And these allegations are splayed across our screens, coming out of our radios, shouting at us from print headlines, such that we cannot avoid them. Our children ask us: Why? What? How? We struggle to answer.

This detestable ritual has long played itself out in the American public square. It’s not new, although it is happening much more frequently. And nearly every time, the accused is a man, and the accusers are women.

I cried this week. I cried in particular yesterday when I heard this, a female protester addressing a male senator of the United States:

I was sexually assaulted and nobody believed me… and you’re telling all women that they don’t matter, that they should just stay quiet because if they tell you what happened to them you are going to ignore them. That’s what happened to me, and that’s what you are telling all women in America, that they don’t matter. They should just keep it to themselves because if they have told the truth you’re just going to help that man to power anyway.

I struggled greatly this week to balance the joy of Sukkot with our collective national anxiety. Sukkot is the most joyous festival of the year (even as we remind ourselves of our vulnerability by living in temporary shacks). It’s referred to rabbinically as “hehag” – i.e. THE festival. The pre-eminent festival. The one that will still be observed even after the mashiah / messiah arrives.

And yet, Rabbi Jeremy Markiz and I were trying to make sense of the news on Thursday. And he gave me a useful framing of our current predicament.

Sukkot is a festival of invitation, one in which we invite holy guests into our sukkah. This ceremony, known as Ushpizin, is derived from the Zohar; it’s a mystical custom that welcomes guests from the Tanakh / Hebrew Bible into the sukkah to dine with us each night.

The challenge facing our nation at this precise moment, said Rabbi Jeremy, is one of invitation. It is only relatively recently that women have been welcomed into certain quarters of society – voting rights, some professions, positions of power, and so forth.

And yet, even when women are invited, are they actually allowed in on the same terms as men? Is the invitation extended to men somehow more forgiving? Are we hearing women’s voices the same way we hear those of men? And who is actually doing the inviting, anyway?

Rabbi Regina Jonas (1902-1944) was the first woman ordained as a rabbi in 1935, her semikhah (ordination) granted by Rabbi Max Dienemann, the head of the German Liberal Rabbis’ Association. Following Rabbi Jonas, the next woman to be ordained was Rabbi Sally Priesand in 1972, ordained by Hebrew Union College in Cincinnati, and the first woman ordained as a Conservative rabbi was Rabbi Amy Eilberg, in 1985.

So let’s run the numbers here for a moment: let’s say that rabbinic Judaism, that is, what we call Judaism, has been around since the redaction of the Mishnah, roughly the end of the 2nd century CE. So from the year 200 until the year 1935, the only rabbis were men. That’s more than seventeen centuries. The first bat mitzvah was in 1922 (Judith Kaplan, the daughter of Rabbi Mordecai Kaplan). While the practice of mixed seating was common in liberal American synagogues from the first half of the 20th century, counting women in a minyan did not become widely practiced until the 1970s.

Yes, the Talmud, written entirely by men and concluded by the 5th century, did not seek to include women. Despite the towering presence of Rabbi Meir’s wife Beruriah in the pages of the gemara, she of great learning and quick wit, the overarching theme in the Talmud is that free, adult Jewish males are the highest form of person. All others are in lesser categories, obligated to fewer mitzvot, and excluded from some of the central rituals and activities of Jewish tradition. And that is the way things remained until the late 20th century, even in the most liberal quarters of the Jewish world.

I was not too far into my journey to the rabbinate when I realized that female rabbis and cantors were judged by a totally different standard. A married cantorial classmate was regularly hit on by male congregants at a student pulpit. A rabbinical classmate was told that her outfits were unacceptable. Though they could not state it explicitly, some congregations made it clear that they were not interested in female applicants for clergy positions. And that was, by the way, a full 20 years after Amy Eilberg was ordained at the Jewish Theological Seminary.

And maybe you heard about my colleague Rabbi Keren Gorban’s tale, delivered at Temple Sinai over the High Holidays, about her being targeted by a teacher and mentor at Hebrew Union College, the Reform seminary.

So even though it has been almost a century since men invited women into the same rituals and positions of authority that they have enjoyed for two millennia, we have still failed to see them as equals; perhaps they have not truly, honestly been invited.

There is of course nothing new here; men have done horrible things to women as long as people have walked this Earth. Several women that I have known, including some very close to me, have told me about being raped. It’s impossible to know exactly how many incidents of sexual violence take place in this country, since estimates suggest that at least 60% of them go unreported, but one common figure I have seen quoted is that 1 in 3 women will be victims of sexual violence in their lifetime (see, for example, http://www.cdc.gov/ViolencePrevention/pdf/NISVS_Report2010-a.pdf).

Is it a good thing that we are hearing more such stories, particularly the high-profile ones come to our attention? Unquestionably yes. As uncomfortable as it is for all of us to hear, we have to acknowledge that there is a serious problem in human society – that some people can and do abuse dynamics of power, both power of position as well as physical power, and inflict intense pain and suffering on others.

How on Earth can we expect to change that dynamic if we do not hear these stories? How can we teach our boys not to accept the old, lascivious standard of “boys will be boys”? How can we invite all in equally? How can we create a new “normal,” one that represents a step forward as a species, wherein every boy or man will understand that power is not to be abused? Wherein we will no longer laugh away the sexist remark, the demeaning gesture, the dismissive rolling of the eyes?

To be sure, society is changing, gradually. We are moving to a position in which the male-centered default of old is being abrogated. I am sure that you have heard that there are many more female candidates for public office running this year than in past years. Thank God, we have three women on the Supreme Court, but of course we can do better.

Sukkot is about un-defaulting the default. We take ourselves out of our climate-controlled, comfortable homes; we spend the week living (or “living”) in a temporary shack that, if we’re lucky, has electric lighting, but not much of a roof. It’s meant to be a reminder that all of what we have is temporary. Don’t forget where you came from, where you’re going, and before Whom you will be required to give an accounting (Pirqei Avot 3:1). It reminds us not only of our own vulnerability, that no matter how much we try to insulate or cloister ourselves, we can always be stripped of our stuff, but also of the imperfection of this world, of how much work there is to be done to right the wrongs and feed the hungry and roof the roofless.

How much more so, then, in this season of joy, to remember that we still have a long way to go before a woman is invited in, with equal force and equal attitude to the man who is already there.

Some of you may recall that two years ago on Sukkot, I spoke about the egalitarian Ushpizin found in our siddur. (If you want to check it out, it’s on p. 424). While the medieval kabbalistic tradition highlighted Avraham, Yitzhaq, Ya’aqov, Yosef, Moshe, Aharon, and David, our Conservative siddur lists seven women whom we invite in as well: Sarah, Rivqah, Rahel, Leah, Miriam,  Devorah, and Ruth. And so we invite them, women and men as equals to join us in the sukkah. 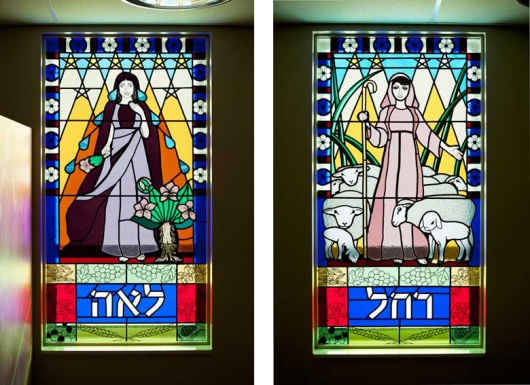 It’s an esoteric custom, not well known in the non-Orthodox Jewish world. But it’s essential today – just as we invoke the Imahot / matriarchs every time we say an Amidah here at Beth Shalom, just as we count women as equals under halakhah / Jewish law, just as we call a bride and groom to the Torah before their wedding, just as we celebrate bat mitzvah and bar mitzvah with no distinction between them, just as we welcome girl babies into the world with a ceremony that parallels the boys (with just one small omission…), we must continue to invite women into the sukkah, into the synagogue, and into all spheres of society as equals. We have to listen to and elevate their voices. And we as a society need to do some serious teshuvah regarding the realities of sexual violence. We need to un-default the default. That is the lesson of this Sukkot.

Good one. Guess Sen. McConnell wouldn’t like but he doesn’t count among the Jewish community. Too bad many other synagogues don’t invoke the imahot or permit women to officiate, or even “count” for the quorum. But we are compelled to fight backwardness, esp. in the Dark Age of Trump.