Parashat Toledot opens with a curious image, one that provokes the imagination in a way that few biblical passages do: it is of the pregnant Rivkah, with twins in her womb, and they are wrestling with each other. It is immediately apparent that this is going to end badly.

And it does go badly, for a time. But although Ya’aqov and Esav are estranged from each other for many years, they are eventually reunited (although not until Parashat Vayishlah, which we will read two weeks from now).

I was thinking about this when I heard an interview with Megan Phelps-Roper, a former member of the Westboro Baptist Church, founded by the fundamentalist preacher (and Megan’s grandfather) Fred Phelps. This “church” is little more than a band of several dozen Phelps relatives, who travel around the country and protest legally by displaying offensive signs and reciting horrible slogans that are anti-homosexual, anti-Jewish, anti-Catholic, and, well, anti-just about everybody. Typical signs are “God Hates Fags,” “God Hates Jews,” “Thank God for 9/11,” etc.

The WBC actually came to Great Neck, my previous home on Long Island, and stood outside one of the three synagogues on Middle Neck Road, holding their offensive signs, which have been supported in court cases as protected free speech. Our community leaders told us not to engage, because the WBC makes money off of people who get upset and attack them, enabling them to take the attackers to court and sue for damages.

Megan Phelps-Roper was brought to these protests by her parents beginning at age 5, and continued to participate for 20 years, until she left the church. Why did she leave? Was it that she woke up one morning to discover that she had been misled by her family her entire life? Not exactly. Rather, what ultimately led her to renounce her apparent hatred was dialogue with people who disagreed with her.

Strangely enough, the forum that initially enabled that dialogue was Twitter. By engaging in respectful back-and-forth with strangers on Twitter, people whose world-view was 180 degrees from what she believed and had been taught by the church, she came to a different understanding, one that led to her to conclude that saying such judgmental things in public was wrong.

In her TED talk, Megan says, ““The end of my anti-gay picketing career, and life as I knew it, [was] triggered in part by strangers on Twitter, who showed me the power of engaging the other.”

She eventually met one of her Twitter challengers, a Jewish blogger named David, and ended up spending some time with him meeting actual Jews, people of faith, and began to understand that the harsh judgment that her church had taught her was not the Divine way.

“The truth is that the care shown to me by these strangers on the Internet was itself a contradiction. It was growing evidence that the people on the other side were not the demons I’d been led to believe,” she said. 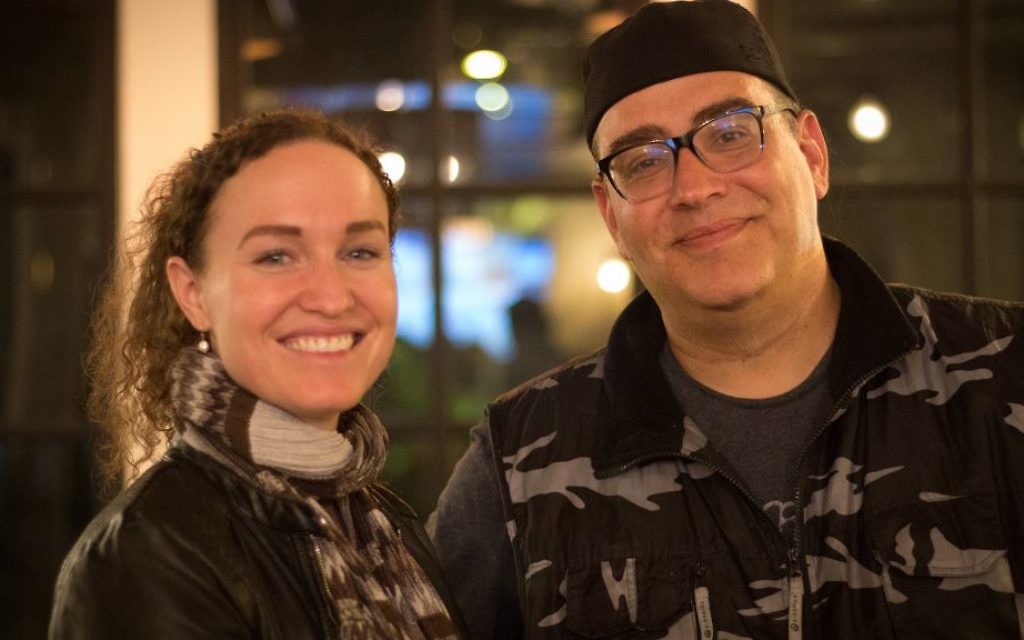 What we might learn from Ms. Phelps-Roper is that even people who are so far apart on the ideological spectrum can come to a mutual understanding that is healthy and productive, but only when they talk to each other.

We have reached a point in this country where it has become very difficult for people to talk to each other, and this is quite troubling. People on either side of the political landscape are becoming isolated in their own echo chambers, and finding it more difficult than ever to find common ground. While we are each inclined to blame the other side, I think it is very important for us to acknowledge that we are all guilty here. Yes, the tools of social media have made it easier for us to remain in our own news and opinion bubbles, but this is a phenomenon that has been going on for decades prior to the invention of Facebook.

It is worth it to remember that what you read online has been selected for you by algorithms that know, based on your browsing history, what links you will click on, and putting more of them in front of you so that you will click even more links. So our range of exposure is narrowing without our even being aware of it.

Why is this important? Because, as Ben Franklin said, “We must all hang together, or we shall most assuredly hang separately.” The future of our society depends on it; we have to learn to talk to each other. We have to think beyond the narrow range of ideas in which we are all living.

At one time, Jews and African Americans were allies in the fight for civil rights. Two of the three activists who were murdered in Neshoba County, Mississippi during the Freedom Summer of 1964 were Jewish. Many Jews were involved in the NAACP. Our peoples shared a common bond in persecution, and bonded over the historical images of our people coming forth from slavery, albeit in different ages and places.

When I first heard of the Black Lives Matter movement, I thought, “Great! Here is something I can get behind. I too am concerned about police brutality; I too want to make sure that everybody in our society is treated equally by law enforcement and the criminal justice system.”

And then, of course, as the movement crystallized in the wake of killings in Ferguson, Missouri, Staten Island, Baltimore, and elsewhere, many of us discovered that the organizers were not going to limit themselves to those issues.

Black lives matter. They do. And I know that most of us truly believe that, and understand that it is hard not to see the inherent discrimination that exists across American society against African-American citizens and others. Nonetheless, the unfortunate reality is that the Black Lives Matter movement platform contains an explicitly anti-Israel passage:

The US justifies and advances the global war on terror via its alliance with Israel and is complicit in the genocide taking place against the Palestinian people. The US requires Israel to use 75 percent of all the military aid it receives to buy US-made arms. Consequently, every year billions of dollars are funneled from US taxpayers to hundreds of arms corporations, who then wage lobbying campaigns pushing for even more foreign military aid. The results of this policy are twofold: it not only diverts much needed funding from domestic education and social programs, but it makes US citizens complicit in the abuses committed by the Israeli government. Israel is an apartheid state with over 50 laws on the books that sanction discrimination against the Palestinian people…

(Whenever I hear the words “apartheid” and “genocide” in relation to Israel, I must say that it makes my skin crawl.)

All of this has nothing to do with relations between law enforcement and black Americans. And the likelihood is great that not too many of the people who display BLM signs know about these passages in the platform. Nonetheless, it’s there.

So what is a pro-black lives, but also pro-Israel person to do?

Megan Phelps-Roper defines the challenge that we face as a society thus:

I can’t help but see in our public discourse so many of the same destructive impulses that ruled my former church. We celebrate tolerance and diversity more than at any other time in memory, and still we grow more and more divided. We want good things — justice, equality, freedom, dignity, prosperity — but the path we’ve chosen looks so much like the one I walked away from four years ago. We’ve broken the world into us and them, only emerging from our bunkers long enough to lob rhetorical grenades at the other camp. We write off half the country as out-of-touch liberal elites or racist misogynist bullies. No nuance, no complexity, no humanity.

We do not have to be in either this camp or that camp. The way forward is to engage in dialogue with those with whom we disagree.

What ultimately happens with Esav and Ya’aqov is reconciliation! There is a good end to the story, but only because Ya’aqov reached out to his brother. Gifts in tribute, a hug, and so forth. And it is notable because the Torah went out of its way to tell that story! Was there any need for Esav to reappear in the narrative? Ya’aqov would have been just fine without him. But the Torah wanted us to take note of that reconciliation, to feel the catharsis.

Reach out. Find somebody with whom you disagree, and discuss. Try to listen to and understand their position. Don’t dismiss them merely because you disagree. Don’t revile somebody merely because of their beliefs. The response to being ideologically under siege is not to entrench ourselves deeper, but to open a channel of communication.

The future of our society, the well-being of our communities, our schools, our infrastructure, our public health, our ability to tackle the huge challenges posed by addiction, the easy availability of firearms to potentially dangerous people, the ongoing challenge of how we deliver healthcare to the American population, all of these things depend on our inclination to talk to each other. If we merely burrow deeper into our respective political holes, that may be good for a few media conglomerates, but it’s certainly not good for us.

Reach out. Our future depends on it.