What does it mean to be holy? (Take a moment to answer that question for yourself.)

What we read this morning, parashat Aharei Mot – Qedoshim, is entirely about holiness. In addition to the Yom Kippur rituals of the Kohen Gadol (in Aharei Mot), there is also the passage of Qedoshim which is known as the Holiness Code: for example, the instruction not to put a stumbling block before the blind, the commandments not to defraud others or withhold the wages of your employees, the imperative to leave some of your produce for the poor. But most of all, there is my favorite line in the whole Torah (Lev. 19:2): Qedoshim tihyu, ki qadosh ani Adonai Eloheikhem. You shall be holy, for I the Lord your God am holy.

Holiness is an alien concept to us today. We are living in a very concrete world. Thanks to technology, industrialization, the scientific method, and all the ways that we have squelched the mystery out of our daily existence, everything is quantifiable. Everything is measured. Explanations regarding how everything works can be easily found. There is very little room left for the unseen; very few cracks through which the light – the Divine light – can enter our lives. 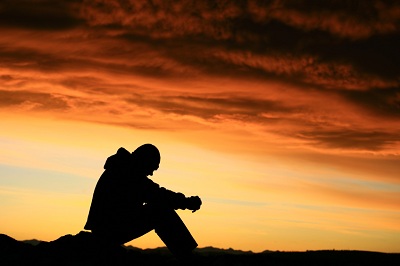 And our understanding of Judaism has been likewise quantified, analyzed, researched. What was an organic folk tradition has, for at least a century and a half, become another field of academic study. This is the tradition from which the Conservative movement emerged; the United Synagogue of Conservative Judaism was founded by American congregations led by rabbis trained, for the most part, at the Jewish Theological Seminary of America, where I studied to become first a cantor and then a rabbi.

The modern movements that we know today, Reform, Conservative and Modern Orthodoxy, all emerged from the intellectual ferment of 19th-century Germany, and particularly the approach to Jewish studies known as “Das Wissenschaft des Judentums,” literally, the science of Judaism. It used the tools of rigorous academic inquiry to analyze Jewish texts, history, rituals, laws, and customs. And it appealed to the newly-emancipated, newly-educated Jewish elite of Western Europe, who sought to be Germans on the street and Jews in the home. And its scholarly appeal soon reached across the Atlantic to take root here in America. Congregation Beth Shalom and synagogues like this all across North America grew out of this modern, scholarly approach.

I am about to admit something big. Actually, huge.

I love the history of the Conservative movement. I love the scientific, historical approach to Judaism, the style of teaching and relating to our tradition that views everything on a time line. I love the approach that values the original context of every piece of our unfolding tradition.

But I think that as a guiding principle for the Jewish people in the 21st century, it no longer resonates.

Why? Because it is possible to know a lot but feel little. We may be able to speak authoritatively about our ancient texts, or about the development and structure of our liturgy, or why the eating of qitniyot on Passover / Pesah is permissible even for Ashkenazim, and still not have an emotional connection to our heritage. It is possible to invest yourself in the meaning of the siddur or the humash, and still only hold it at arm’s length, rather than in your heart.

Rabbinical school does not teach you how to be a rabbi. What I have learned in my 10 years in the pulpit is to connect through feeling, through finding ourselves in our ancient texts, through emotional rather than academic engagement. What they failed to teach me at the Seminary is that Judaism is a coin with the emotional on one side and the scholarly on the other. Judaism cannot be relevant without both sides.

What we need to embrace is the decidedly anti-scientific concept of the holy moment.

Why do many synagogues today have difficulty filling the pews? Because, as Rabbi Abraham Joshua Heschel said in famous speech to the members of the Rabbinical Assembly in 1953, we have become more concerned with the technical aspects of the execution of the service than with the Godliness, the holiness therein. We are very worried about getting it right:

This is all in service of God, my friends. It’s not about perfection. It’s not about the recitation of words or the singing or chanting. It’s about communication – with ourselves, with each other, with the Divine. It’s about baring our vulnerability. It’s about sincere pleas for mercy and justice and salvation. This is a holy pursuit. It’s not about the how, it’s about the why.  The how matters, but only inasmuch as it is meant to get us to the why. What we do in a Jewish context is a means to an end.

And we live in a time in which the why, the meaning of the words and the rituals and how they are supposed to make us feel and influence our behavior, is the most important thing. Maybe that wasn’t so important to my parents or grandparents. But it’s important to me, living here in 5777 (also known as 2017).

Why do we count the omer? Why do we recite the Shema (other than because it says to do so in the Shema itself)? Why must we avoid using dairy implements for meat meals? We have a million such whys. You might be able to think of many yourself right now.

Why do we do what we do, as Jews? Because that is how we become holy people. And every person here in this room could use a little extra holiness. Even the diehard skeptics among us.

Counting the omer, for example, gives us a framework through which we connect freedom with Torah. As we rise from 1 to 49, counting off daily for seven weeks, we anticipate the spiritual fulfillment given at Mt. Sinai. We heighten our expectation; we count our blessings; we look forward to ascending yet another rung of self-improvement, of learning, of yearning. Imagine adding an extra moment of holiness to your evening for seven whole weeks! That’s why we count the omer.

Two years ago, around this time, New York Times columnist David Brooks published a moving essay in which he identified the paradigm shift through which we are all living with respect to how we understand ourselves and our purpose on this Earth. He points to Rabbi Abraham Joshua Heschel as having been a public theologian, among others in the middle of the 20th century, and how the era of such thought leaders has passed:

Public discussion was awash in philosophies about how to live well. There was a coherent moral ecology you could either go along with or rebel against. All of that went away over the past generation or two…

These days we live in a culture that is more diverse, decentralized, interactive and democratized. The old days when gray-haired sages had all the answers about the ultimate issues of life are over. But new ways of having conversations about the core questions haven’t yet come into being.

The difficulty to which Brooks points is that while our great public sages have set like the sun, we have filled that space with Big Data: knowing everything about everything. Concreteness. There’s an app for that. We have much knowledge, but little wisdom. And hence Brooks says that there is a real hunger for change in this regard:

We have an answer to the why. And that answer is holiness. The answer can be found in every holy moment that we encounter. And we have to broadcast that message at every opportunity.

And here’s the really good news: the fact that we are all sitting here, on a day when we celebrate the stepping up of a young man into the big leagues of Jewish tradition, indicates that there is still an interest in, and a forum for engaging with holiness. Our tradition offers wisdom. It offers mystery. It offers connection. As we said at our Passover tables a month ago, in Aramaic, kol dikhfin yeitei veyeikhul. Let all who are hungry, come and eat. Come and devour those brief moments of holiness, when the cracks in our reinforced walls of knowledge let in the Divine light.

This synagogue, and others like it stretching back for 2,000 years, have been places where our people have come to seek connection. We have to make sure that it’s not only about the how, but about the why. We need purpose. We need meaning. We need to find the holy moments in our lives.